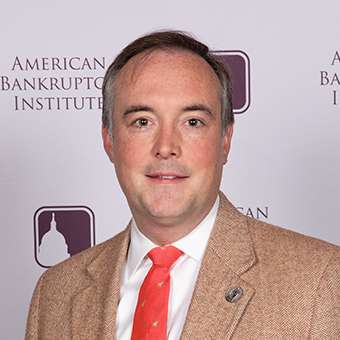 DAN is a partner and focuses his practice on corporate restructuring, bankruptcy and other related matters. Most recently, he was one of the leaders on the Peabody Energy chapter 11 cases, the world’s largest coal company and one of the largest chapter 11 cases in 2016. He is also part of the team representing the Washington Metropolitan Area Transit Authority (WMATA) in connection with its revitalization efforts, and he has substantial experience counseling clients on fraudulent conveyance, preferential transfer, fiduciary duty, and corporate governance and formality issues.

Dan played a significant role in the City of Detroit chapter 9 case in 2013, the largest municipal bankruptcy in U.S. history. He was extensively involved in all aspects of the case, from litigating the city’s eligibility for chapter 9 to confirmation of its plan for the adjustment of debts. In connection with Jones Day’s representation of the chapter 7 trustee of Anthracite Capital, one of the largest chapter 7 cases ever filed, he coordinated and implemented all aspects of this engagement, which resulted in a recovery of approximately $47 million for the estate and a release of more than $33 million in secured affiliate claims. He also was a member of the team that represented Chrysler in the sale of its assets to Fiat and its decision to reject certain dealership agreements.

Dan devotes time to monitoring various legislative proposals pending in Congress that would amend the Bankruptcy Code, as well as to pro bono activities such as the representation of disabled veterans.