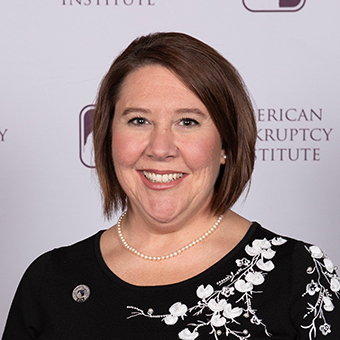 KRISTINA is an attorney and shareholder and focuses her practice on creditors’ rights and bankruptcy. Her experience spans such industries as retail, grocery, agriculture, health care, construction, transportation and manufacturing. She appears in both federal and state courts for secured and unsecured creditors in a variety of contexts.

In addition to her legal practice, Kristina is a combat-experienced Lieutenant Colonel in the Iowa Army National Guard and a 2017 AMEDD Iron Major. She has served more than 20 years as an enlisted soldier, commander and planner for state, national and international operations. She now serves as one of the state’s highest-ranking females and is the Chief of Plans and Operations for the Iowa Army National Guard.

Kristina’s upbringing off the gravel roads of rural Iowa and her military experience helped develop her work ethic, which led to her success as an experienced commercial litigator at Iowa’s largest law firm. In addition, she has held a number of committee positions with the Iowa State Bar Association, is an author and speaker on bankruptcy and commercial law topics, and provides pro bono services on behalf of veterans and their families. She also was a member of the 2016 Next Generation Class for the National Conference of Bankruptcy Judges (NCBJ) and is a member of IWIRC.