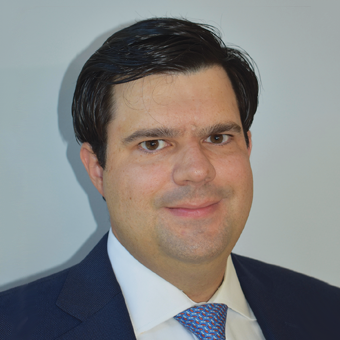 ADAM has been associate general counsel for consumer law in the U.S. DOJ’s Executive Office for U.S. Trustees since 2016, where he oversees a team supporting the U.S. Trustee Program’s consumer and civil enforcement priorities, including providing policy advice and training for U.S. Trustee Program attorneys, oversight of private trustees, and redressing abuse of the bankruptcy process by debtors, creditors and other parties. He also supported EOUST Director Clifford J. White III in his role as an ex-officio member of ABI’s Commission on Consumer Bankruptcy, which released its Final Report this past April. He received the U.S. Trustee Program Director’s Award for Significant Contributions by a New Employee
in 2018.

Prior to joining the U.S. Trustee Program, Adam was in private practice in Atlanta, where he represented debtors and creditors in chapter 7, 11 and 13 bankruptcy cases and parties in bankruptcy and commercial litigation. He is a frequent speaker on bankruptcy and consumer matters and has authored articles on fee arrangements in chapter 7 cases and BAPCPA means-testing provisions.

Adam was named the Atlanta Legal Aid Society’s 2015 Volunteer of the Year after he successfully obtained dismissal after trial of a bankruptcy case filed fraudulently in the name of an indigent widower who stood to lose his unencumbered home. In addition, he has served as an alumni advisor to the Bankruptcy Practice Society and as a guest lecturer and mentor to law students in Georgia State University College of Law’s Bankruptcy Assistance and Practice Program, a semester-long course of practical study culminating in student representation of pro bono consumer debtors, with guidance by practicing mentors.