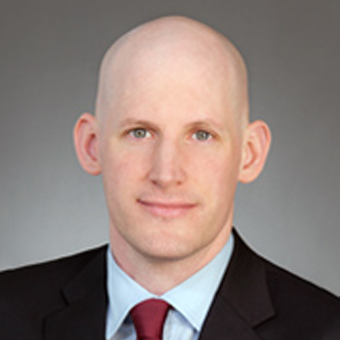 DAVID is an associate and focuses his practice on restructuring and insolvency, commercial litigation, and privacy and data-protection compliance. He has represented a variety of parties in business and consumer bankruptcy cases, with an emphasis on corporate debtors in chapter 11 and mortgage-holders in chapter 13 consumer cases. He has guided a Tier 1 auto-supplier to plan confirmation and briefed several successful appeals in consumer bankruptcy cases.

Prior to entering law school, David was a theater performer in New York City. While clerking for Hon. Frank J. Bailey of the U.S. Bankruptcy Court for the District of Massachusetts in 2012, he helped develop what has become an annual program for the district and appeals court clerks of the First Circuit, “Introduction to Bankruptcy Law and the Bankruptcy System.” This session provides a general overview of bankruptcy law, procedure and jurisdiction, and features insolvency practitioners and bankruptcy judges. In 2019, he presented a modified version of this program to a national audience as a webinar produced by the National Conference of Bankruptcy Judges. He also helped draft a local rule addressing the impact of Stern v. Marshall and assisted in preparing a written statement to Congress on bankruptcy judicial authority and jurisdiction.

David is a member of the National Conference of Bankruptcy Judges’ 2018 Next Generation class and a member of the Steering Committee for the Emerging Leaders Program at ABI’s 2019 Northeast Bankruptcy Conference. In 2015, he joined the Boston Bar Association’s Bankruptcy Steering Committee, for which he has produced programs on a variety of topics including student loans, cryptocurrency and FinTech, each designed to bring lawyers and business leaders together over salient issues. In the spring of 2019, he became a member of the steering committee’s Strategic Planning Task Force. He also routinely takes on a number of pro bono engagements.