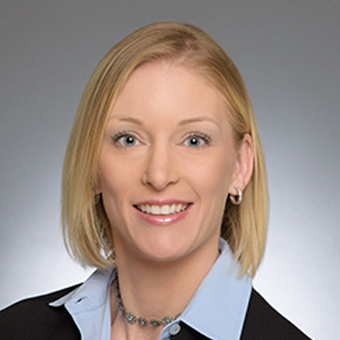 ASHLEY is a partner and practices primarily in the areas of bankruptcy and commercial law, focusing principally on the representation of debtors in possession and creditors' committees in both corporate and individual chapter 11 reorganizations, chapter 7 and 11 trustees, and parties to various adversary proceedings. She also specializes primarily in complex chapter 9 and 11 matters in Southern California.

Ashley has been listed since 2016 in Chambers USA for Bankruptcy/Restructuring in California and as a Southern California Super Lawyers “Rising Star” since 2011. She is admitted to practice law in California and the State of Washington, serves on the editorial board of the California Bankruptcy Journal, and has authored a number of publications on bankruptcy and commercial law topics, including critical-vendor motions, the perfection of security interests in intellectual property, and the enforcement of state court judgments in bankruptcy. In addition, she has guest lectured at the University of California, Irvine School of Law on insolvency and restructuring matters.

Ashley grew up in a military family and moved around all over the world. She began working on farms at age 13 to alleviate some of the financial burden on her single mother, who often worked 16-hour days to make ends meet. This propelled her drive to succeed, and two years ago, she was nominated by Hon. Sheri Bluebond to serve on the Bar Advisory Board, which is comprised of the majority of the Southern California bankruptcy bench, the U.S. Trustee for Region 16, a number of chapter 7 panel trustees, and less than 10 individually selected insolvency practitioners who have demonstrated an unparalleled commitment to advancing the restructuring practice not only locally, but nationally. In her role, she has made strides to not only bring greater transparency to the bar associations, but to invigorate younger lawyers to participate in the practice of law in a more meaningful way.