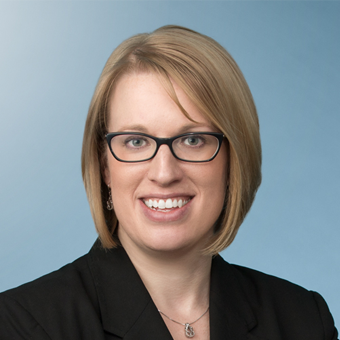 Kayla is a partner and provides general and transactional representation to mid-sized businesses and publicly held companies. She represents debtors, creditors, committees and other interested parties in bankruptcy, including national chapter 11 bankruptcy cases. She also advises companies and boards of directors on prebankruptcy contingency planning, working to develop out-of-court solutions while also laying the necessary foundation for a successful bankruptcy proceeding. She has experience advising chapter 11 debtors in the agribusiness, real estate, for-profit college, finance and manufacturing industries. She also represents clients in defending avoidance actions, advising on debtor-in-possession credit facilities, and in working with potential buyers navigating the § 363 sale process.

Kayla’s career path was paved with adversity from an early age. She was raised in rural Indiana in an evangelical religion that isolates members from nonbelievers and treats women as inferior to men. A college education was not permitted, and her decision to apply to college resulted in being removed from her parents’ home on her 18th birthday. School teachers were the only people she knew who had college degrees, and she put herself through college while working full-time without a support network. She ultimately achieved her goals, and was named an “Up and Coming Lawyer” by the Indiana Lawyer in 2017, which honors attorneys who have achieved noteworthy success in their careers and who have shown a commitment to the legal profession and their communities. She also was recognized as an Indiana “Rising Star” in Business Bankruptcy from 2016-20, has published articles in the ABI Journal and for the Turnaround Management Association, and she is a frequent speaker on insolvency topics, having presented on the Jevic decision at ABI’s 2017 Central States Bankruptcy Workshop.

Kayla is a member of ABI, Executive Women in Finance, the National Association of Women Business Owners, and the Indianapolis Bar Association in both its Commercial & Bankruptcy Law Section and Bankruptcy & Creditors’ Rights Section, and she volunteers for a number of civic organizations around Indianapolis. She has been named to Faegre’s pro bono honor roll each year since 2013 due to her representations of pro bono clients in guardianship and immigration proceedings, pro se debtors in adversary proceedings, chapter 7 debtors, preparation of wills and health care directives for Holocaust survivors and first responders. She also has served on the board of directors for two agencies that provide services for low-income clients and an agency that provides services for clients with disabilities.