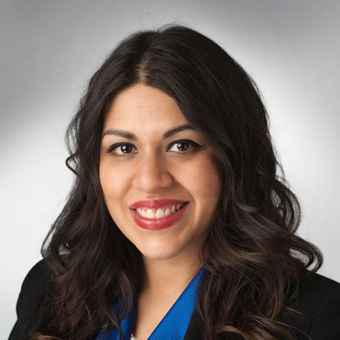 Jody is a shareholder and focuses her practice on bankruptcy and creditors’ rights, as well as general civil litigation. She has extensive experience in bankruptcy law, including the representation of creditors and debtors in all facets of chapter 7, 11, 12 and 13 bankruptcy cases, including nondischargeability litigation, valuation disputes and contested plan-confirmation proceedings. In June 2020, she was appointed a subchapter V trustee for the District of Arizona. She is Board Certified in Consumer Bankruptcy Law by the American Board of Certification and is a certified Bankruptcy Specialist by the Arizona Board of Legal Specialization.

Jody grew up in an impoverished community in South Tucson to parents who were just 18 years old when she was born. She is a first-generation college graduate and, as a Mexican-American, one of the few minorities in her law school class. Understanding the obstacles minority students encounter in their quest for higher education, she frequently speaks at her former high school during its annual “Career Day” event, motivating the students to pursue higher education and a career in the law.

Jody devotes considerable time to pro bono endeavors, frequently assisting self-represented litigants in bankruptcy court and federal district court. In 2014, she was awarded the Hon. Eileen W. Hollowell Pro Bono Attorney of the Year Award from the U.S. Bankruptcy Court for the District of Arizona. From 2015-18, she served as a Lawyer Representative to the Ninth Circuit Judicial Conference. She now serves on the Conference Executive Committee of the Ninth Circuit Judicial Conference until her term expires in 2022. She also is President-Elect of the Tucson Chapter of the Federal Bar Association, was named a Southern Arizona 40 under 40 in 2015, and has been a Southwest Super Lawyers Rising Star since 2013.