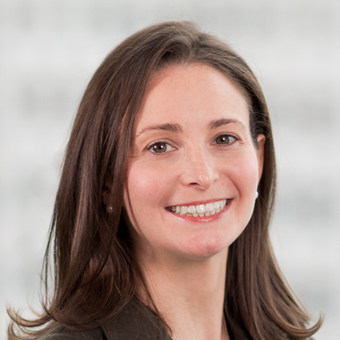 ISLEY is counsel with the firm and has experience representing clients in all stages of complex litigation and bankruptcy proceedings, including discovery, motions, mediation, trial and appeals. She has also represented clients in a wide range of pro bono matters, including representing a criminal defendant sentenced to life without the possibility of parole in a multi-day trial seeking post-conviction relief, representing judgment creditors in bankruptcy proceedings, advising the board of directors of a nonprofit organization in financial distress on governance issues, and representing amici in the U.S. Supreme Court and courts of appeals on constitutional and bankruptcy law issues.

Isley’s interest in bankruptcy law was sparked by her internship at the Legal Assistance Foundation of Metropolitan Chicago, where she represented factory workers pursing claims against a corporate debtor for unpaid vacation days. That formative experience motivated her commitment to pro bono work, including serving as co-lead trial counsel in a week-long post-conviction trial for an individual serving a life-without-parole sentence, obtaining increased disability benefits for PTSD and hearing loss for an Iraq War veteran, and representing amici in the Supreme Court and courts of appeals on constitutional and bankruptcy law issues. She also recently represented a nonprofit organization and residents of a low-income housing development in the development’s bankruptcy case, ultimately negotiating a multimillion-dollar settlement of habitability claims.

Isley was named a 2017 Emerging Leader and recognized for her notable accomplishments in business and in service to the community by The M&A Advisor. She also participated in the NCBJ NextGen Program, co-authored ABI’s Quick Evidence Handbook, Second Edition, spoke on “lien-stripping” at ABI’s Southeast Bankruptcy Workshop and serves as Education Director for ABI’s Litigation Committee. Her most formative leadership experience was as president of Harvard Model Congress, for which she led a staff of over 100 undergraduates. At WilmerHale, she serves on the Associates Communication Task Force, which represents associates and counsel in monthly meetings with firm management, and on the firm’s Women’s Leadership Initiative; she often jokes that the shortest line for a women’s bathroom is in bankruptcy court, and she is striving to help the profession’s gender balance achieve more equilibrium over the next decade.