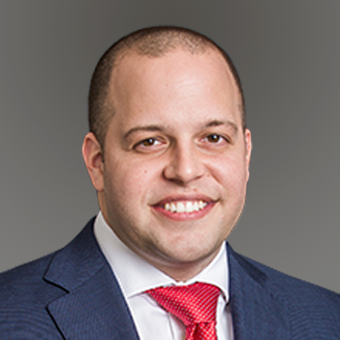 ALAN is an associate and represents bankruptcy trustees, receivers, assignees for the benefit of creditors, secured and unsecured creditors, debtors and other parties-in-interest in all aspects of insolvency proceedings and bankruptcy-related litigation. His practice has a particular emphasis on bankruptcy litigation, where he has served as lead or co-counsel to high-net-worth individuals, multinational corporations and nearly every chapter 7 panel trustee in the Southern District of Florida. He also represents litigants in a variety of real estate, probate and commercial litigation matters, and he has been recognized as a leading authority in the field of cryptocurrency in bankruptcy.

Alan originally wanted to practice transactional law, but graduating after the Great Recession forced him to change career paths. His first job as an attorney was at a boutique bankruptcy firm, which gave him the benefit of having great mentors and hands-on practical experience very early on in his career. He now pays it forward to the community by serving as a supervising attorney and mentor to law students at the University of Miami’s Pro Bono Bankruptcy Assistance Clinic.

Alan has been quoted by several publications and has had articles published in various outlets, including in the ABI Journal and in ABI’s Best of ABI 2019: The Year in Business Bankruptcy. He also served as a senior editor of the ABI’s Individual Chapter 11 book, and he has published articles for ABI’s Litigation Committee and the ABF Journal. In addition, he is a member of ABI’s Caribbean Insolvency Symposium advisory board, a member of the Florida Bar’s Digital Currency Taskforce, and a member of the editorial board for the Florida Bar News & Journal. He also is a director of the Bankruptcy Bar Association for the Southern District of Florida, and heads its Brown Bag CLE Committee for Miami-Dade County. In his community, he is devoted to his nonprofit work with Chapman Partnership, the private-sector partner of the Miami-Dade Homeless Trust. He serves its Investment Committee and is also on the Executive Council for NextGen for Chapman Partnership, which is designed to encourage philanthropy in young professionals. In addition, he chairs NextGen for Chapman Partnership’s Networking Committee; in that capacity, he organizes fundraising events at local bars and restaurants to raise money to combat homelessness in his local community.