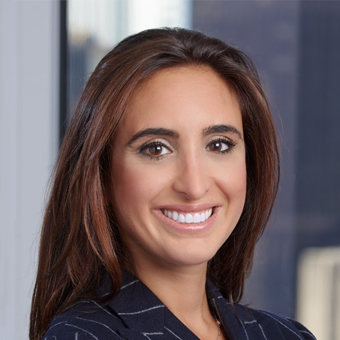 CRISTINE is a restructuring partner and has represented some of the most well-known debtors in the world. She represents of debtors, distressed borrowers and investors, including private-equity sponsors, in connection with out-of-court restructurings and chapter 11 cases. She also advises boards of directors and senior management of distressed companies regarding fiduciary duties and corporate governance. Prior to joining Ropes & Gray, she had clerked for Chief Judge Gonzalez of the Southern District of New York, then joined the restructuring group of another preeminent New York law firm. She also worked as a member of the Southern District of New York’s Bankruptcy Court Local Rules Committee to review local bankruptcy rules.

Cristi served on the board of the International Women’s Insolvency & Restructuring Confederation, an experience that helped to shape and strengthen her focus on developing relationships with other aspiring women attorneys to help them advance in this field of the law. Throughout her career, she has sought to mentor younger women and minorities in the early stages of launching a career in bankruptcy law, and she wholeheartedly believes that diversity among those serving a client fosters the conditions that produce the most intelligent decision-making. She continually takes concerted steps to advance the careers of women, especially women of color.

In 2020, Cristi was named a “Rising Star” by Private Debtor Investor and a “Top U.S.A. Dealmaker” by the Global M&A Network. She has taught seminars at leading law schools, including NYU and the University of Pennsylvania, and spoken at several industry seminars, including ABI’s 2020 Northeast Virtual Bankruptcy Conference & Consumer Forum and Health Care Restructuring Program. In addition, she is a contributing editor of the Norton Journal of Bankruptcy Law and Practice and has received awards for her pro bono work.