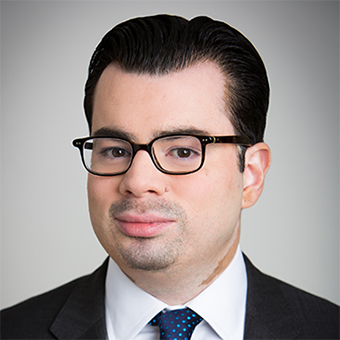 SUNNY is a partner and advises debtors, creditors, sponsors, investors, acquirers, lenders and other interested parties in all aspects of distressed and insolvency situations both in and out of court. He has extensive experience with pre-packaged chapter 11 cases and asset sales. His engagements have ranged across various industries, including airlines, banking, financial services, oil and gas and retail. Prior to joining the firm, he clerked for Hon. Robert D. Drain in the U.S. Bankruptcy Court for the Southern District of New York from 2006-08.

Sunny credits his success to the mentors he has had over the years who altered the course of his career and life. As a student at Hofstra University School of Law, he saw himself as possibly a real estate lawyer or litigator and had no intention of pursuing bankruptcy law, until he took a course taught by the late Alan Resnick, the editor-in-chief of Collier on Bankruptcy. He became the catalyst for sparking his interest in restructuring. He also began by working directly with Harvey Miller on the Lehman Brothers case and later Stephen Karotkin on the AMR restructuring. He became Harvey Miller’s teaching assistant at Harvard, and Harvey, in turn, officiated his wedding.