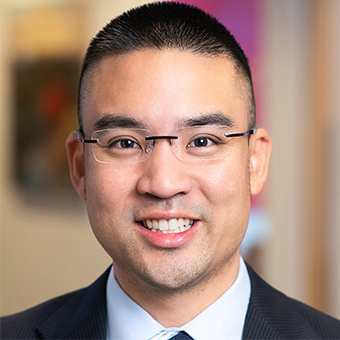 “[Jeffrey] ha[s] broad substantive bankruptcy knowledge, [is] intellectually curious about everything bankruptcy, and [is] always willing to help.”

JEFFREY is a partner at Levene, Neale, Bender, Yoo & Golubchik L.L.P., where he represents chapter 11 debtors, unsecured creditors’ committees, secured and unsecured creditors, and parties in bankruptcy litigation and appeals from a variety of industries. He has extensive experience representing both debtors and creditors in a variety of landlord/tenant disputes in bankruptcy cases, and has represented commercial landlords in some of the largest retail bankruptcy cases filed across the country in recent years. He is a board member of the Asian Pacific CPA Association, a legal advisor to the Soo Yuen Fraternal Association of Southern California, a member of the executive committee of the bankruptcy section of the Beverly Hills Bar Association, and a member of the Los Angeles Bankruptcy Forum. He also is a member of the Board of Governors of the Southern California Chinese Lawyers Association (SCCLA), for which he serves on its Bylaws and Networking Committees.

Jeffrey completed externships for two bankruptcy judges, and clerked for Hon. Deborah J. Saltzman in the U.S. Bankruptcy Court for the Central District of California. While clerking, he helped plan and coordinate several law clerk and extern trainings and developed the first “Transitioning to Private Practice” program for the trainings, a panel where former law clerks provided their perspectives on clerking, and tips about making a successful transition from clerking to working at a law firm. In 2020, he was selected as one of 40 “up-and-coming bankruptcy practitioners” to attend the National Conference of Bankruptcy Judges’ NextGen program.

During his first year of law school, Jeffrey interned at the Legal Aid Foundation of Los Angeles, where he assisted low-income people with government benefit and immigration issues. While volunteering there, he helped a low-income, terminally ill client adjust his child support arrears to pay for his medical treatment. This experience led him to the bankruptcy field, where he found his passion for bankruptcy with its goal of helping others facing financial difficulties. He now volunteers at a monthly legal clinic that is co-hosted by SCCLA.