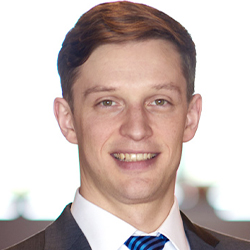 TIM is a partner with Adams and Reese LLP and litigates commercial cases before federal and state courts. He also represents creditors in bankruptcy matters and has briefed and argued appeals in both federal and state appellate courts. Two years after entering private practice, he argued before the Mississippi Supreme Court on issues of first impression concerning mortgage litigation and obtained a unanimous victory for his client in a reported decision. He also obtained a judgment converting a chapter 13 to 7 for bad faith, including for fraudulent transfers and concealed assets, and most recently represented the holder of a $75 million unsecured note in a complex oil and gas chapter 11. Previously, he clerked for Presiding Justice Jess H. Dickinson of the Mississippi Supreme Court and was an adjunct professor at the Mississippi College School of Law, where he taught legal writing and appellate advocacy.

Tim has always sought to lead and teach others. He graduated first in his law school class, where he served as executive editor on the Mississippi College Law Review and was a teaching assistant for first-year students in civil procedure and contracts. He was active on the school’s Moot Court Board, where he was a National Champion and won Best Brief at the 2011 Andrews Kurth Moot Court National Championship. He also won Best Oral Advocate at the Ruby R. Vale Corporate Moot Court Competition and was a finalist at the Elliot Cup Bankruptcy Competition, and he received Best Paper Awards in Antitrust Law, Law and Economics, Criminal Law, Secured Transactions, Legal Writing, and Capital Punishment Law. To that end, he has since coached multiple moot court teams, including for the ABI/St. John’s University School of Law Duberstein Bankruptcy Moot Court Competition.

Tim is passionate about and has written and spoken on pro bono appellate work. He has served on the Pro Bono Committee of the American Bar Association’s Council of Appellate Lawyers and authored a chapter of the committee’s Pro Bono Manual on appellate pro bono opportunities in Mississippi. He also co-chairs ABI’s Ethics and Professional Compensation Committee, currently serves on the pro bono panels for the Fifth and Ninth Circuit Courts of Appeals, and recently handled an appeal of an order removing a Yemeni refugee who had been kidnapped, imprisoned and tortured at the hands of an opposing political party. He also speaks to area high school students on the legal profession and what that career path entails.