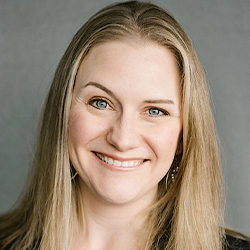 KARA is the managing partner of ASK LLP’s Bankruptcy Litigation practice and represents trustees, committees and debtors in possession in preference analysis and the litigation of avoidance actions. She has successfully litigated preference and fraudulent transfer matters in multiple jurisdictions, including the U.S. Bankruptcy Courts for the District of Delaware, Southern District of New York, Southern District of Texas and the Southern District of Indiana. In 2022, Kara obtained a judgment in excess of $3.5 million in a preference trial. Her representative matters include the prosecution of avoidance actions in large bankruptcies such as Dean Foods Co., Sears Holdings Corp., Quebecor World (USA), WP Steel Venture LLC, NewPage Corp., RS Legacy Corp. (f.k.a. RadioShack) and hhgregg, Inc. Prior to joining ASK LLP, she clerked for Hon. Casey Christian and Hon. Joseph Bueltel in the Third Judicial District of Minnesota. Before her judicial clerkship, she clerked for the Office of the Minnesota Attorney General.

Kara is a Hodgkin’s lymphoma survivor, and is especially passionate about raising money for the Leukemia & Lymphoma Society through fundraising with the Man & Woman of the Year campaign. She also runs races with Team in Training, for which she serves on its Executive Leadership Committee and volunteered to be a training coach. In addition, she enjoys mentoring and training upcoming associates.

Kara has participated in several CLE programs, including for ABI, and was named Newsletter Editor of ABI’s Mediation Committee. In 2013, she co-founded IWIRC’s Minnesota Network, and was a semi-finalist for IWIRC’s Rising Star award that year. In 2015, she was selected as a member of the 2015 class in the Next Generation program at the National Conference of Bankruptcy Judges (NCBJ). In addition, she has published articles in the ABI Journal.