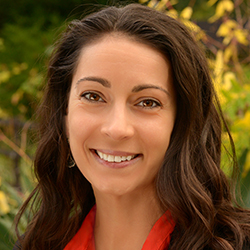 BECCA is career law clerk to Hon. Michael B. Kaplan, Chief Judge of the U.S. Bankruptcy Court for the District of New Jersey. As Judge Kaplan’s career clerk, she assists in overseeing more than 3,000 consumer and commercial bankruptcy cases. She has drafted numerous judicial opinions addressing complex and cutting-edge legal issues — several of which have received nationwide attention. Following law school, she clerked for a Superior Court judge in Burlington County, N.J., then moved to California, where she took odd jobs performing legal research and writing before teaming up with a local attorney handling high-volume mass tort litigation cases, eventually turning his small operation into a lucrative practice. Returning to New Jersey in 2011, she served as term law clerk for a magistrate judge in the District of New Jersey, then transitioned to bankruptcy as a term law clerk for Judge Kaplan. Upon completion of her term in the bankruptcy court, she moved to the South Pacific to serve as court counsel to the Supreme Court of Palau in Micronesia, where she assisted Supreme Court justices with their respective dockets, helped with the second jury trial held in Palauan history, and contributed toward the implementation of the nation’s Family Protection Act. Upon returning to the U.S., she worked as a staff attorney for the Prison Litigation Office in Trenton, N.J., where she addressed habeas corpus, civil rights and constitutional law claims filed by prisoners. In 2016, she became career law clerk to Judge Kaplan.

Becca knew absolutely nothing about bankruptcy when she fell into a term clerkship for a bankruptcy judge. She now devotes a significant portion of her spare time to educating others on the subject of bankruptcy, including colleagues, interns and other court employees. Since she joined the board of IWIRC’s New Jersey chapter, one of her primary objectives has been to get law students and young professionals interested in the insolvency profession. She also strives to improve the court experience for litigants by streamlining court procedures and suggesting solutions for unresolved legal issues.

Becca speaks on CLE panels and has given several district-wide presentations on bankruptcy and other topics. She has written articles relating to bankruptcy issues and serves as editor-in-chief of the Bankruptcy Service Awareness Alert, a monthly newsletter published by Thomson Reuters that provides updates and insights into recent appellate decisions and developments in bankruptcy law. She is on the court’s Rules Committee and aids in the substantive preparation for her district’s Board of Judges’ meetings. In addition to overseeing and training the chambers’ term clerk each year, she coordinates and presents the annual training for new term clerks district-wide. She is also in charge of hiring, educating and delegating tasks to interns, and consequently was asked to co-manage the District of New Jersey’s Summer Program — which she helped transition to an entirely virtual platform during the pandemic. In recognition of her contributions, she recently was awarded the Future Leader Award from the Association of the Federal Bar of New Jersey and the New Jersey Bankruptcy Lawyers Foundation.