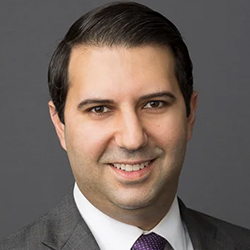 STEVE is a partner in the Restructuring Group of Kirkland & Ellis LLP, where he advises companies, distressed investors, ad hoc committees, private-equity firms and other investors with respect to public, private and portfolio companies in financial distress, including liability-management transactions, amend-and-extend transactions, refinancings, out-of-court exchanges and restructurings, and bankruptcy and insolvency proceedings. He has been involved in some of the largest and most complex corporate restructurings of all time, including for Energy Future Holdings, and has led some of the largest filings of recent years, including Intelsat S.A., Gulfport Energy and Ascena Retail Group. In addition, he has been a pioneer in one-day prepackaged bankruptcies, twice setting the record for the fastest chapter 11 case ever — first in Sheridan Holding Company I and most recently in Belk Inc.

Steve has been recognized for his work by numerous national publications, including as a leading lawyer by Chambers USA and as an “Outstanding Young Restructuring Lawyer” by Turnarounds & Workouts. He also has been recognized as a runner-up for “Litigator of the Week” by The American Lawyer, cited in Turnaround & Workouts “Successful Restructurings” list in 2017, 2018, 2020 and 2021, and profiled in Bloomberg Law, LevFin Insights and other publications. In addition, he has published articles in notable industry publications, including the Journal of Corporate Renewal and Law360. He is a member of ABI, the Turnaround Management Association and INSOL.

Steve’s parents were both computer engineers, and he started his career in the family trade. But he took a step back to find a profession that allowed him to touch lives more directly, which ultimately led him to law school. He was drawn to restructuring because the practice suited his professional interests in negotiation and finance, gave him an opportunity to make a broad impact and help others, and allowed him to simultaneously practice as a courtroom, boardroom and dealroom lawyer. One of the greatest joys in his career is contributing to the advancement and mentoring of younger attorneys. He has served on his firm’s partner-level associate review committee and participated in mentorship programs for law students at his alma mater, the University of Michigan Law School. He also frequently lectures, speaks, and serves on and moderates panels — including for the University of Pennsylvania Wharton School, Harvard Business School, ABI, INSOL and the PLI — to give back to the profession and its future generations.