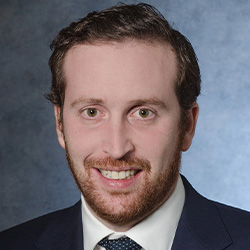 FABIO is an associate in Sullivan & Cromwell’s (S&C) Finance & Restructuring Group. His practice focuses on corporate and sovereign restructurings, special situations and the resolution of related disputes. Originally from Brazil, he is a member of the firm’s Network of Black & Latinx Lawyers and is admitted to practice in New York and Brazil. After starting his career practicing bankruptcy law in Brazil, he went to Oxford to pursue a graduate law degree, graduating second in his class. He returned to Brazil and worked on a restructuring that won Latin Lawyer’s Deal of the Year, kept involved in academia and wrote about Brazilian bankruptcy law. After graduating from Stanford with two class prizes and honors, he joined the firm. His representations have included Belize in its debt restructuring (which won IFLR 2022 Deal of the Year) and the Interim Government of Venezuela on its restructuring matters, including developing a mechanism to pay health care workers during the pandemic. He is fluent in English, Italian, Portuguese and Spanish.

Fabio is often invited to Stanford’s careers office to act as a mock interviewer and advisor for its students. He recently went to FGV Law School in Sao Paulo, Brazil, to give a lecture on international careers, and he is enrolled as a mentor to low-income students attending law school in Brazil. He also holds leadership positions at international organizations; he’s been appointed a member of the Executive Committee of the International Insolvency Institute’s NextGen Program, and he is the vice chair of the International Bar Association’s Reorganization and Workouts subcommittee.