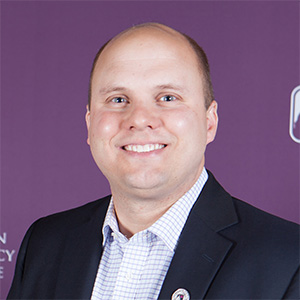 PAUL is the chair of Jaffe’s Insolvency & Reorganization Practice Group and specializes in representing debtors, creditors, creditors’ committees, secured and unsecured creditors, asset-purchasers and trustees in bankruptcy proceedings nationwide. Board Certified in Business Bankruptcy Law by the American Board of Certification, he received the Kathryn R. Heidt Award from the American Bar Association’s Business Bankruptcy Committee, as well as ABI’s Committee Leader of the Year Award earlier this year.

Paul has spoken on bankruptcy topics at over 40 national and local conferences for a number of organizations, including ABI, ABA, TMA, the Norton Institutes and the State Bar of Michigan. In addition, he has published more than 50 articles on bankruptcy-related topics for a variety of national bankruptcy publications, including the ABI Journal, and has co-authored four books on insolvency-related topics, including two ABI publications: Representing the Creditors’ Committee: A Guide for Practitioners and Credit Bidding in Bankruptcy Sales: A Guide for Lender, Creditors, and Distressed-Debt Investors. He also teaches the American College of Bankruptcy’s international bankruptcy course as an adjunct professor at the University of Michigan Law School.

Paul is the secretary and a board member for Access to Bankruptcy Court, a Detroit-based nonprofit that assists low-income consumer debtors in obtaining bankruptcy counsel free of charge or at reduced rates. He holds editorial positions for a number of publications, including the American Bankruptcy Law Journal, the Norton Bankruptcy Law & Practice Treatise and the Journal of Bankruptcy Law and Practice. He is a past president of the Michigan TMA Chapter, having served on its board for six years. He served terms as the co-chair, education director and newsletter editor for ABI’s Unsecured Trade Creditors Committee, and he currently serves as the education director for ABI’s Technology and Intellectual Property Committee.  He is also a coordinating editor for the ABI Journal and co-chairs the problem-drafting committee for the Conrad B. Duberstein National Bankruptcy Moot Court Competition.