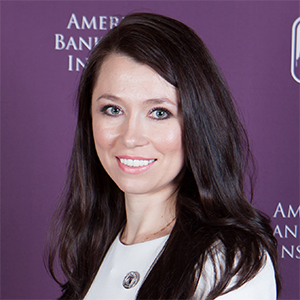 OKSANA'S practice consists of out-of-court corporate restructurings, including asset sales and wind-downs, both within the U.S. and offshore; all aspects of in-court large and complex chapter 11 and chapter 15 debtor cases, including asset sales, confirmation of chapter 11 plans of reorganization and liquidation, resolution of claims and the prosecution and defense of adversary proceedings; and bankruptcy-related litigation. She successfully developed and implemented an unprecedented restructuring of a foreign microfinance subsidiary of a U.S.-based parent while working under the local laws of U.S., U.K., France and other foreign jurisdictions. She also was one of the lead associates on the Abengoa/Abeinsa chapter 15 and 11 cross-border debtor cases, successfully restructuring billions of dollars in debt in one year, and was the lead associate on a case where she successfully represented an agency in a $265 million tax refund dispute.

Oksana arrived in the U.S. at age 19 in search of a better life and worked tirelessly to perfect her English — one of four languages in which she is fluent — in order to fulfill her dream of becoming a lawyer, ultimately graduating third in her law school class and serving as editor-in-chief of the law school’s law review. She subsequently dealt with a medical setback: During the delivery of her first child, Oksana sustained a nerve injury, resulting in both of her legs being paralyzed. Diagnosed with bilateral femoral neuropathy and with no certainty for recovery, she underwent an intensive rehabilitation. Within six months, she had returned to work and is now fully recovered.

In that same fighting spirit, Oksana has helped her pro bono clients. She spearheaded the “Clemency Project” within her firm, growing the team to more than 100 lawyers and handling over 140 cases, which has resulted in more than 7,000 volunteer hours. Through the Clemency Project, she solicited participation, developed materials, conducted trainings across DLA Piper (US), reviewed final product, presented to the DLA North American Pro Bono Committee, and gave interviews. The project won the Justice Seymour Simon Award, given annually to one outstanding project; White House counsel called to thank the team for its commitment. Through the administrative appeal process, she corrected an erroneously calculated child support obligation (by several hundred thousand dollars) for a father who had been trying to accomplish the same for seven years. She also helped a WWII veteran obtain benefits to which he was entitled but had been denied for decades.

Oksana is serving as special task force leader on ABI’s International Committee and served on the advisory board of ABI’s Cross-Border Insolvency Program. Recently, she co-authored a November 2017 special report published by INSOL International entitled, “The Protection of Intellectual Property Rights in Insolvency Proceedings.” She is also a wife and proud mother of 3-year-old Alexander and 1-year-old Anastasia.