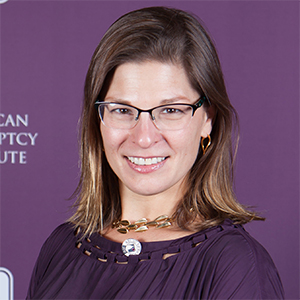 LISA is a legal team leader and tactical advisor at the firm and comes from a commercial litigation background. Her practice is focused on risk identification and mitigation, primarily in the areas of bankruptcy and restructuring, business continuity and business tort, and data security and privacy. She represented one of the world’s largest litigation funding firms in its acquisition from the chapter 7 trustee of a $50 million stake in the MagCorp estate’s judgment against billionaire Ira Rennert, and represented a crane operator debtor in its efforts to restructure over $50 million in secured debt to nearly 20 different lenders.

Lisa was named an Illinois Super Lawyer in the Bankruptcy category in 2016 and 2017, and was named a “Rising Star” from 2011-15. She is a frequent speaker and executive editor of Commercial Bankruptcy Litigation and Strategic Alternatives for and Against Distressed Businesses. She has also been an associate editor of the ABI Journal for the past five years. In addition, she has served on the board of the Chicago Network of the International Women’s Insolvency & Restructuring Confederation for the last two years, and previously spent two years co-chairing the Chicago Turnaround Management Association’s women’s committee. She is currently co-chairing the Bankruptcy Court Liaison Committee for the Northern District of Illinois.

Lisa was a student attorney with the Boston College Legal Assistance Bureau, where she represented and advised clients in the areas of family and probate law, and argued before court-appointed mediators and family court judges. She also clerked for Common Cause in Washington, D.C., where she researched and prepared memoranda on campaign finance reform, election law and constitutional issues in the McConnell v. FEC lawsuit.