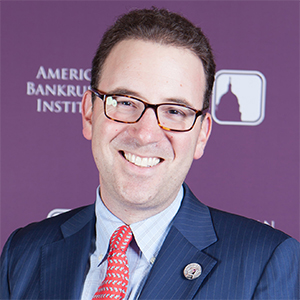 ZACH chairs the firm’s Bankruptcy & Restructuring practice. He has served as lead counsel to FirstBank Puerto Rico in various large and complex chapter 11 cases in Puerto Rico, Florida and New York, out-of-court restructurings, and in matters related to the Puerto Rico Oversight, Management, and Economic Stability Act. He was also lead counsel to distressed venture capital start-up Filip Technologies, Inc. and its domestic, U.K. and Norway affiliates in chapter 11 cases in Delaware, and to Putnam Bridge Funding in its successful chapter 11 acquisition of Marina Puerto del Rey, the largest Caribbean marina.

Zach was selected by Law360 as one of five national Bankruptcy Rising Stars in 2013 and by Turnarounds & Workouts as one of 12 national Outstanding Young Restructuring Lawyers in 2013. He recently authored “The Section 363 Sale Process: Key Considerations for the Prepetition Secured Lender” for The International Comparative Legal Guide to Lending and Secured Finance, published in 2017. In addition, he is a senior lecturing fellow at Duke Law School, a lecturer at Boston University School of Law, and an advisory board member for ABI’s Caribbean Insolvency Symposium.

Zach served as a member of the Executive Leadership Team of the American Heart Association’s Greater Charlotte Heart Walk from 2015-17. He is also a graduate of the Juilliard School’s Pre-College Division and has given solo piano performances at Carnegie Hall and Lincoln Center.