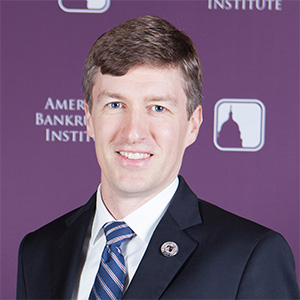 BRIAN is a Board Certified Specialist in Business Bankruptcy Law in North Carolina and a member of the firm’s Bankruptcy and Creditors’ Rights practice group, focusing his law practice in the areas of bankruptcy, creditors’ rights and commercial litigation. He represents banking and financial institutions, secured and unsecured creditors, contractors and guarantors before state and federal courts, and delivers counsel on a wide range of matters, including complex chapter 11 cases, avoidance actions and adversary proceedings.

Brian has served as a board member and treasurer of the Middle District Bankruptcy Seminar, Inc. for several years. From 2013-16, he served as a council member for the Bankruptcy Section of the North Carolina Bar Association, which sponsors CLE and pro bono activities; he will serve as the CLE chair in 2018. In addition, he helped organize the Middle District of North Carolina chapter of the Federal Bar Association.