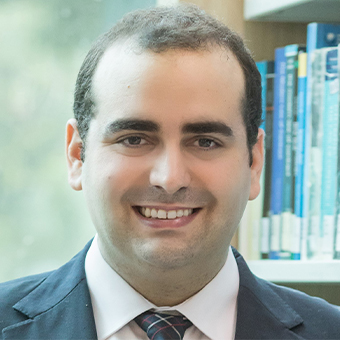 Bachelor of Laws
University of Granada

AURELIO is an Assistant Professor of Law at Singapore Management University, where he teaches company law, financial and securities regulation, corporate governance, and comparative and international insolvency law. He is also the founder and head of the Singapore Global Restructuring Initiative and co-chair of the SMU-3CL Cambridge Roundtable on Corporate Insolvency Law. Before joining SMU, he was a Fellow of the Program on Corporate Governance and a Fellow of the Program on International Financial Systems at Harvard Law School. He has taught, studied or conducted research at several institutions in the U.S., the U.K., Continental Europe, Asia and Latin America, including the University of Oxford, Harvard Law School, Columbia Law School, Yale Law School and Stanford University.

Aurelio is a member of the Academic Steering Committee of INSOL International, as well as a member of the European Corporate Governance Institute, the American Law and Economics Association, and the International Insolvency Institute’s NextGen Group. He is also a qualified lawyer in Spain and a member of the Spanish Registry of Qualified Auditors. Before becoming a full-time academic, he was a founding partner at a Spanish law firm, maintaining five offices in three countries. His practice was focused on corporate restructuring, insolvency and special situations. He is also founder and director of the Ibero-American Institute for Law and Finance, a nonprofit organization seeking to promote the comparative and interdisciplinary study of law, economics and finance with the purpose of assisting regulators and policymakers to enhance the regulatory framework of businesses and financial markets. The Institute was launched in 2015 during a conference organized in Spain under the honorary presidency of His Majesty the King Felipe VI.

Aurelio has received several scholarships and awards, including the Talentia Fellowship to pursue his studies in law and finance at the University of Oxford, the Class Prize for Best Paper in Law and Economics at Stanford Law School, the Dean’s Teaching Excellence Award at Singapore Management University, and the International Insolvency Institute’s Silver Medal in International Insolvency Studies. In 2016, he also received the Rising Star of Corporate Governance Award given by the Millstein Center for Global Markets and Corporate Ownership at Columbia Law School.