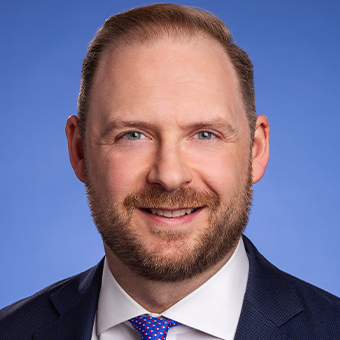 “[Brett] demonstrated his ability to work with difficult personalities to accomplish a resolution in an emotional and highly contested litigation.”

BRETT serves as the vice-chair of Gibbons P.C.’s Financial Restructuring & Creditors’ Rights Group, a role he was appointed to at age 36. He has extensive experience in all aspects of debtor/creditor relations, with a particular focus on complex corporate reorganizations and liquidations, out-of-court workouts, and bankruptcy and insolvency-related litigation and appeals. His litigation experience covers a broad range of matters in federal and state courts, including Ponzi scheme litigation, complex fraudulent transfer and preference actions, alter-ego/veil-piercing litigation, shareholder disputes such as fraud, negligence, breach of fiduciary duty and related claims, and general commercial and contract disputes. Prior to practicing law, he was an analyst in the equities-trading division at a leading international investment bank. He also worked for a Manhattan-based national sports agency, where he assisted in recruiting new clients, conducting due diligence in connection with contract negotiations, and securing endorsement and marketing opportunities for existing clients.

Brett is a member of ABI and the Turnaround Management Association, American Bar Association, Dartmouth Lawyers Association, and The Federalist Society. He is a frequent speaker and author, and has written for the ABA Business Journal, ABI Journal, New Jersey Law Journal, New York Law Journal, Pratt’s Journal of Bankruptcy Law and Law360. He has been listed as a Super Lawyers Rising Star in New Jersey and New York. In addition, he has held various leadership roles with TMA, and co-founded and edits TMA NYC’s biannual journal that launched this past summer. He is also involved in numerous alumni activities at Dartmouth (where he played collegiate football), including an incubator for early-stage companies, admissions interviews, football fundraising and student-athlete mentoring.

Raised in rural Minnesota, Brett takes pride in his work ethic, pragmatism and adaptability, which he credits to his father, a football coach. His law school professor, Stephen Lubben, steered him away from a Jerry Maguire-type career path in sports management and toward bankruptcy. Since then, he has clerked for Bankruptcy Judge Donald Steckroth in the District of New Jersey, and has represented debtors, committees, trustees and other constituencies across the country, with a primary focus on the middle-market.

Brett enjoys representing estate fiduciaries, and in 2019, as counsel to the DBSI litigation trustee, he tried a $35 million fraudulent transfer action to conclusion. Among his most memorable achievements is the successful clawback of almost $20 million in improper tax payments from the IRS, overcoming multiple appeals on sovereign immunity issues that eventually reached the Ninth Circuit. At home, he is the father of three children aged 1-5.