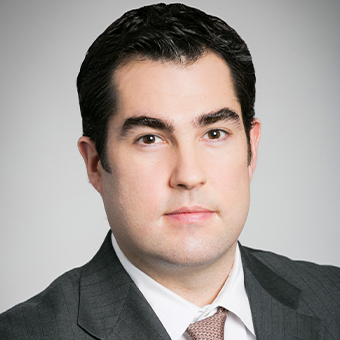 Exchange Programme
University of Texas At Austin School of Law

“[David] is that rare breed of attorney who combines legal expertise and business savvy, making him an invaluable asset to his clients.”

DAVID is a partner in the Restructuring Department of Weil’s New York office. On the company side, he regularly represents large and medium-size businesses in strategic planning, restructuring and chapter 11 proceedings. As company counsel, he is currently leading the chapter 11 restructuring of Speedcast International, the world’s largest global satellite provider specializing in satellite connectivity for business and enterprise satellite networks, and is also representing Apollo in its $2.5 billion DIP financing for LATAM Airlines, the largest airline in Latin America.

David has significant multi-jurisdictional experience and was previously based in Weil’s London office. He provides commercial, legal and strategic advice on cross-border issues to clients in stressed and special situations, and he founded Weil’s Restructuring Blog. He also recently led a panel at the Wharton Restructuring and Distressed Investing conference.

David is a British citizen who was born and raised in Belgium, and he attended law school in England and Scotland. He was named an “Emerging Leader” by The M&A Advisor for 2020. In 2019, he was named one of Turnarounds & Workouts’ Outstanding Young Restructuring Lawyers and named a Law360 Rising Star. He spends a significant amount of time on pro bono and charitable activities, and is a member of Weil’s Pro Bono Committee. He is currently representing individuals in New York City Housing authority proceedings. He also worked in Haiti under the auspices of the Organization of American States on a disability rights project financed by USAID, training Haitian government ministers, civil servants and judges on the implementation of the UN Convention on the Rights of Persons with Disabilities. He is also the founder and trustee of international adventure charity Go Help, and he advised the UN World Food Programme on the world’s first humanitarian weather derivative transaction. He previously worked for the United Nations International Criminal Tribunal for Rwanda in Arusha, Tanzania, which was formed to prosecute those responsible for the genocide in Rwanda.