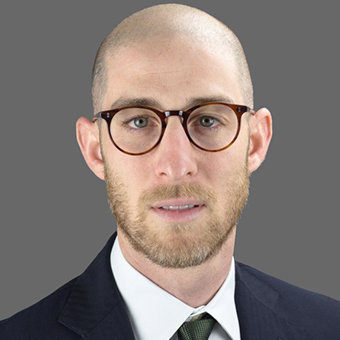 “Eric is the type of professional who can resolve any problem no matter how complex with creative and innovative approaches.”

ERIC is a shareholder in Stearns Weaver Miller’s Business Restructuring department and is a member of the firm’s board of directors. He handles complex commercial restructuring and related litigation matters in both federal and state courts, and regularly represents court-appointed fiduciaries, secured and unsecured creditors, and purchasers of distressed assets. He is a frequent moderator and speaker at bankruptcy industry events. Prior to joining the firm in 2010, he clerked for Hon. Robert A. Mark in the U.S. Bankruptcy Court for the Southern District of Florida.

Over the past year, Eric served as the president of the Bankruptcy Bar Association of the Southern District of Florida (BBA) where he produced CLE and networking programs and launched mental and physical wellness initiatives. He has also served as Pro Bono Committee Chair for the Miami Division of the BBA and as a member of the Lawyers Advisory Committee for the Southern District of Florida’s Bankruptcy Court. In addition, he regularly volunteers his time as a mentor to University of Miami law students who want to help with pro bono bankruptcy cases. He also mentors young lawyers and law clerks at his firm as a member of the firm’s recruiting and associate committees.

In recognition of his accomplishments in and out of court, Eric is consistently recognized by leading legal ranking publications, including Chambers USA, The Best Lawyers in America and the International Financial Law Review 1000 (IFLR1000). He has made the Pro Bono Honor Roll in the U.S. District and Bankruptcy Courts of the Southern District of Florida since 2016. This year, he also was selected as a “40 Under 40” honoree by the South Florida Business Journal.