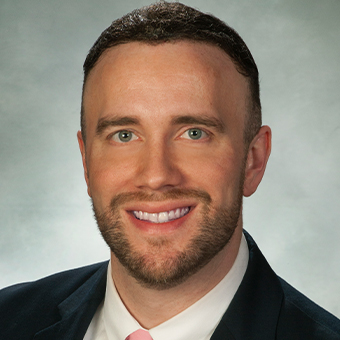 “[Evan’s] talent, skills and commitment to the legal profession, and the restructuring field broadly, blaze the path for the next generation of bankruptcy and restructuring professionals.”

EVAN is a director at Bayard, where he concentrates his practice in the areas of corporate bankruptcy and restructuring, representing debtors (both voluntary and involuntary) and trustees, in addition to asset-purchasers, landlords, official committees of unsecured creditors, secured creditors, vendors, and preference and fraudulent transfer litigants in bankruptcy courts across the country. His clientele stems from a wide range of industries, including aviation, restaurants, insurance, retail, health care, energy and education, among many others. In addition to in-court and out-of-court restructuring matters, he has experience handling commercial litigation in Delaware, New Jersey and Pennsylvania jurisdictions, as well as Delaware Statutory Trust matters. He is also a certified mediator for the U.S. Bankruptcy Court for the District of Delaware and is included on its Register of Mediators and Arbitrators. He has also served as an expert witness in the areas of restructuring and insolvency.

Since 2016, Evan has been recognized in Super Lawyers magazine as a Delaware Rising Star in the practice area of business bankruptcy. He has also been named to Benchmark Litigation’s 40 and Under Hot List since 2019 for his nationwide work in bankruptcy litigation. In 2021, he was named an Emerging Leader by The M&A Advisor and a Top Lawyer in the area of business bankruptcy in the 2021 Top Lawyers Edition of Delaware Today magazine. Active in the local and national restructuring community, he currently is serving as vice chair of ABI’s Real Estate Committee, executive board member of the Turnaround Management Association’s (TMA’s) Philadelphia/Wilmington chapter (which covers the Philadelphia metro area, Delaware and southern New Jersey), treasurer of the Delaware Bankruptcy American Inn of Court, and vice chair of the Business Law Section of the Philadelphia Bar Association, of which he formerly served as communications chair, secretary and treasurer. Previously, he served as chairman of TMA Philadelphia/Wilmington NextGen, co-chair of ABI’s Young & New Members Committee, chairman and treasurer of the Delaware State Bar Association’s (DSBA) Young Lawyer Section, vice chair of the Bankruptcy Committee for the American Bar Association’s Young Lawyer Division and chair of the Philadelphia Bar Association’s Bankruptcy Committee.

Evan is also dedicated to providing top-quality pro bono services in his community. Beginning in 2013, he was involved in a pro bono collaboration with the Southern Poverty Law Center and 11 other firms in litigation involving the exploration of H-2B guest workers from India in the aftermath of Hurricane Katrina by Signal International. Signal’s conduct ultimately resulted in numerous lawsuits and a $12 million jury verdict, forcing Signal to file for chapter 11 relief in Delaware in July of 2015. He ultimately served as co-counsel for nearly 200 creditors on a pro bono basis. In addition, he served as an inaugural attorney in the District of Delaware Federal Probation Office’s Federal Re-Entry Legal Assistance Program; for his efforts, he was honored by the U.S. District Court of Delaware.