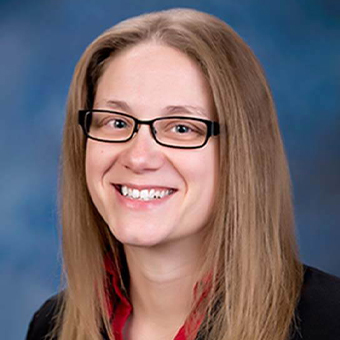 “[January is] a thoughtful writer, a diligent researcher, and a passionate and empathetic bankruptcy advocate.”

JANUARY is a shareholder with Prelle Eron & Bailey, P.A. and concentrates primarily on consumer bankruptcy matters. She files and oversees chapter 7 and 13 cases and adversary proceedings, including preparing complaint or answer, conducting discovery, filing motions and attending hearings, and she has managed the firm’s consumer bankruptcy department, overseeing and training two to four employees. In addition, she implemented a customer service relationship program at the firm, which has revolutionized the way the firm is able to monitor cases as they progress through bankruptcy.

In addition to being a member of ABI, January is the chair of the Wichita Bar Association’s Bankruptcy Committee, is a member of the Kansas Bar Association’s District of Kansas Bankruptcy Bench Bar Committee, was a member of the District of Kansas Form Chapter 13 Plan Committee in 2017. Through the Bench Bar Committee, she has been active in proposing new or updated local rules to ease practice in the district, including serving on the committee to update the local form chapter 13 plan when the national plan rule went into effect. She also has proposed and helped implement local rules regarding chapter 12 and 13 discharge motions, electronic signature rules, and a rule to follow the new FRBP 2002(h) by default. As chair of the local practice committee, she oversees and plans monthly committee meetings and plans the yearly continuing education program. She was named a “Rising Star” in bankruptcy by Super Lawyers in 2019 and was named a NextGen attendee at the National Conference of Bankruptcy Judges in 2018.

January’s interest in bankruptcy stems from childhood, when her family went through rough financial times and bankruptcy. Her fascination with bankruptcy law grew during a bankruptcy course in law school, and she considers herself lucky to have found a position in bankruptcy when starting to practice law. Outside of work, she has mentored two Little Sisters through her local Big Brothers Big Sisters program, and she enjoys bicycling, being an aunt and cheering for Kansas basketball.