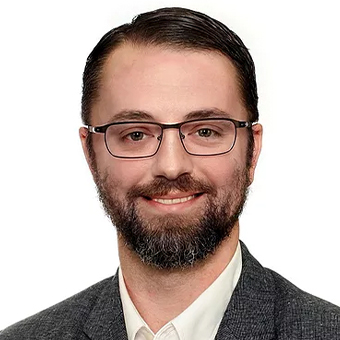 “Jason is actively involved in the bankruptcy community and in its twin goals of accessibility and justice.”

JASON is the member manager of The Law Offices of Jason Burgess, LLC and concentrates his practice on chapter 11 bankruptcy cases and complex bankruptcy litigation. He is Board-Certified in both Business Bankruptcy and Consumer Bankruptcy Law by the American Board of Certification. While in law school and for a time after graduation, he practiced in the area of creditors’ rights, representing many of the nation’s largest financial institutions. He later decided to use his knowledge of the creditor’s side for the debtor’s advantage, and now concentrates his practice on helping businesses and individuals reorganize. In addition, he has also been appointed as a subchapter V trustee for both the Middle District of Florida and Northern District of Florida, and he is a Florida Supreme Court Certified Mediator.

Jason holds a certificate for completion of the Bankruptcy Mediation Program, sponsored by ABI St. John’s University School of Law’s Hugh L. Carey Center for Dispute Resolution. He also has studied international business law at Geneva Academy of International Humanitarian Law and Human Rights in Geneva, Switzerland. He served on the Jacksonville Bankruptcy Bar Association’s board for many years and as its president from 2013-2014. He helped co-found the Jacksonville Bankruptcy Pro Se clinic and received a Florida Bar Pro Bono Pin for 2017 and 2019 for the number of pro bono hours contributed. In addition, he serves on the Middle District of Florida Bankruptcy District Wide Steering Committee and Local Rules Advisory Committee, and he is the Jacksonville area coordinator for the Credit Abuse Resistance Education (CARE) program, which teaches financial literacy to young people. He also speaks yearly at the Eleventh Circuit Community Outreach Program and Federal Bar Association program to educate middle and high school students on the bankruptcy courts.

Jason leads a monthly bankruptcy clinic at Jacksonville Area Legal Aid for prospective bankruptcy filers to learn more about the bankruptcy process. He also sits on the board of directors for Okoa Refuge Inc., a domestic nonprofit that operates an orphanage in Uganda. He recently helped expand Okoa’s outreach by helping it partner with the Ugandan government to take over a Gender Based Violence Center located in Masaka, Uganda. He facilitated a Memorandum of Understanding between Okoa and the Ugandan government and now volunteers with Okoa and the Masaka government to help protect the victims and prosecute their offenders.