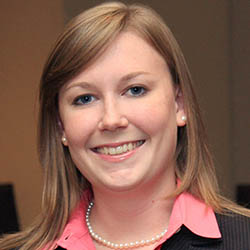 KELLI is a partner with Haynes and Boone, LLP and represents clients in connection with business bankruptcy and insolvency law and related litigation, financings, dispositions and other restructuring transactions. She handles both in-court and out-of-court restructurings for clients in the oil and gas, oilfield services and electric power sectors, as well as in the engineering and construction, technology and aviation industries. She has represented clients in some of the largest recent chapter 11 cases, including cases filed by JC Penney Co., Neiman Marcus Group Ltd. and McDermott International Inc. She was identified in a 2020 analysis by The Texas Lawbook as one of the state’s busiest bankruptcy lawyers by case assignment. She was also selected for inclusion in The Best Lawyers in America for 2020-22 for Bankruptcy and Creditor/Debtor Rights/Insolvency and Reorganization Law and as a Texas Super Lawyers “Rising Star” for 2022.

In 2021, Kelli was invited by Prof. Jay Westbrook to chair the University of Texas School of Law’s Annual Bankruptcy Conference — one of the youngest bankruptcy lawyers ever chosen to do so. Also in 2021, she was appointed by the U.S. Bankruptcy Court for the Southern District of Texas to chair its Complex Case Committee, which reviews and makes recommendations for procedures to enhance the practice of bankruptcy law in large, complex cases before the court. In addition, she has served as communications secretary for the Houston Chapter of the International Women’s Insolvency & Restructuring Confederation, was recently elected to serve as an at-large council member of the Bankruptcy Law Section of the State Bar of Texas, and served on Haynes and Boone’s Technology Committee. She also is an active member of ABI and the Houston Chapter for the Turnaround Management Association, and she was elected a Fellow of the Houston Bar Foundation and the Texas Bar Foundation. In addition, she is a frequent speaker at Texas bankruptcy Continuing Legal Education programs.

Kelli became a restructuring lawyer largely because of timing; she had graduated from law school shortly after the 2008 financial crisis, when many law firms had significant restructuring work. After the financial crisis passed, she remained a restructuring lawyer because she wanted to use her skills at problem-solving and consensus-building to help clients facing significant financial distress. This desire to help clients grew after working on pro bono matters early in her career, assisting individuals with insurmountable medical bills. She has continued to work on pro bono matters over the course of her career and now co-chairs her firm’s pro bono committee. She also is actively involved in the Houston Volunteer Lawyers Program and with the Young Leaders Program through the United Way of Greater Houston. She also is a former president of the Houston Association of Young Bankruptcy Lawyers, and her accomplishments have been recognized by Bloomberg Law, which featured her in a recent They’ve Got Next series. In addition, she enjoys mentoring younger women to retain their interest in the field of restructuring.