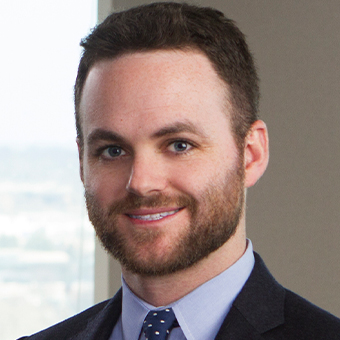 “Importantly, and unusually for a young lawyer, [Matt] has a sense of proportion. He knows when to fight and when to settle.”

MATT is a partner at Morris Nichols Arsht & Tunnell LLP, where he focuses on chapter 11 business bankruptcy, bankruptcy litigation, reorganization and restructuring. He represents international, national and regional clients, including debtors, official and ad hoc committees, asset-purchasers, debtor-in-possession (DIP) lenders, secured and unsecured creditors, petitioning creditors in involuntary bankruptcy filings, and other parties in interest. His experience includes in- and out-of-court restructuring transactions for publicly traded and private companies, and he has represented clients in bankruptcy litigation and appeals, as well as commercial litigation. He also has substantial experience representing debtors, foreign representatives and others in cross-border cases.

Matt was one of a dozen corporate restructuring lawyers under the age of 40 recognized as a 2021 outstanding young restructuring lawyer in Turnarounds & Workouts magazine. In 2017, he participated in the National Conference of Bankruptcy Judges’ (NCBJ’s) Next Generation Program. In addition, he serves on the Local Rules Committee for the Delaware bankruptcy court, as well as TMA NextGen’s Communications Committee. Within his firm, he leads teams on client engagements and takes an active, hands-on role in helping junior attorneys develop their skills and advance themselves professionally through both formal and informal mentoring. Outside of the law, he has served as director of Research and Strategy on a state-wide political campaign.

Matt devotes a portion of his time to pro bono matters, such as serving as an attorney guardian ad litem in the Family Court for the State of Delaware. He once was called to represent a pro bono client in a custody hearing on a day’s notice. He prepared all day and night, including collecting — at 6:30 a.m. the day of trial — photographic evidence at the site of the alleged abuse cited to deprive his client of his children. These efforts succeeded, with his client regaining custody. He is also a volunteer attorney for the Federal Civil Panel of the U.S. District Court for the District of Delaware.