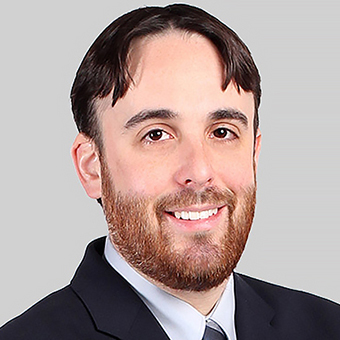 “Michael is not only extremely smart, but his intelligence shines through in a multitude of ways…, including his excellent and persuasive writing skills, his creative problem solving, and his calm yet passionate and caring demeanor.”

MICHAEL is a partner at Fox Rothschild LLP, where he centers his practice on complex bankruptcy and insolvency matters. His diverse and dynamic practice includes the representation of chapter 7 and chapter 11 trustees, creditor committees, post-confirmation trusts, creditors (including financial institutions, loan servicers and landlords) and debtors, in all phases of the bankruptcy process. Previously, he was an attorney at a leading insolvency boutique and worked at firms in New Jersey and New York, where he represented clients in both bankruptcy and litigation matters.

Michael has been recognized in Super Lawyers, is a contributing editor to the ABI Journal and serves on the advisory board for ABI’s Mid-Atlantic Bankruptcy Workshop. He also participates in the annual Duberstein Bankruptcy Moot Court Competition, sponsored by ABI and St. John’s University School of Law, as a brief-grader, and volunteers his time organizing and teaching continuing education courses. He has also authored several bankruptcy-focused articles that have appeared in the ABI Journal and elsewhere (including Bloomberg Law, Law360, the American Bankruptcy Trustee Journal, the New Jersey Law Journal and The Legal Intelligencer), and he was a contributing author to ABI’s Understanding Ordinary: A Primer on Financial and Economic Considerations for the Ordinary Course Defenses to Bankruptcy Preference Actions, Second Edition. In addition, he is an editor of and a frequent contributor to his firm’s “In Solvency” blog, which covers bankruptcy and financial restructuring issues, and he is active in the Turnaround Management Association’s New Jersey chapter Membership Committee.

Michael’s path to insolvency began during law school while clerking at a boutique firm. He was responding to calls from parties that received preference demand letters in a large chapter 11 case, and many did not understand why they should return money they were paid for goods or services. Since he had not yet taken a bankruptcy course, he also had difficulty understanding the demands. After one irate caller asked him how he can sleep at night, he was inspired to explore the larger purpose of preferences actions, and, in turn, the greater purpose and benefits of bankruptcy, and he has been hooked ever since. Outside of work, he is a member of the Board of Trustees for the Kessler Foundation, a leading organization in researching treatments for spinal and neurological injuries and conditions; has served as captain for his office’s Cycle for Survival team; frequently mentors law school students interested in bankruptcy; and is the proud father of Raelle and Dashiell.