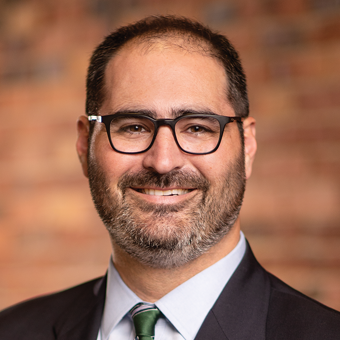 ANDREW is a partner and co-chairs the firm’s Bankruptcy Practice, which he founded when he joined the firm a year ago. To build the department, he had to train paralegals, other staff and an associate, none of whom had bankruptcy experience. He is a business, workout and restructuring attorney and works with all types of businesses, including those in the health care sector, to help them protect their assets. He also represents clients in distressed and nondistressed transactions, business litigation, and preference actions. He has been involved in some of the most significant chapter 11 cases in Maine and New Hampshire in recent years, including the representation of the debtor-in-possession in the largest health care bankruptcy case in Maine’s history. In the last 24 months, he has successfully resolved more than 60 preference claims totaling approximately $4 million in cases brought in Maine and other jurisdictions.

Andrew frequently writes articles for national insolvency publications and teaches seminars on bankruptcy and fraudulent-transfer law. He was listed in the 2015-17 issues of Super Lawyers “Rising Stars” and was one of 40 attorneys nationally to participate in the National Conference of Bankruptcy Judges’ 2016 NextGen Program. While in law school, he interned with Circuit Judge Kermit V. Lipez of the U.S. Court of Appeals, and with Peter C. Fessenden, Standing Chapter 13 Trustee for the District of Maine. He also completed a Bernstein District Court Fellowship with Maine District Court Judge Charles Dow. Prior to attending law school, he worked in politics and journalism and was a reporter for The Providence Journal. He also wrote for The Boston Globe and served as an aide to two of Maine’s House Majority Leaders.

Andrew co-chairs ABI’s Health Care Committee and in 2019 served on the advisory boards of ABI’s Northeast Bankruptcy Conference and ABI’s first-ever stand-alone conference on distressed health care. He has served as a member of his local Jewish Community Relations Council, which advocates for issues of importance to the Jewish community, and in late 2016 and early 2017 he organized an ad hoc group of members of Maine’s Jewish community to meet with Maine’s two U.S. Senators to discuss concerns in the community. He also provided pro bono services in a harassment/abuse matter.