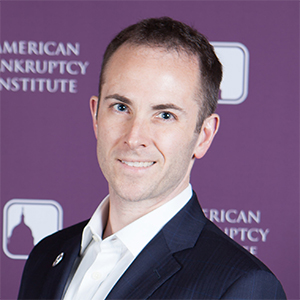 BRIAN is part of the firm’s Corporate Reorganization and Bankruptcy group and represents debtors, creditors and other parties-in-interest in a wide variety of distressed situations both in and out of court. Notably, he was debtors’ counsel in the Dynegy bankruptcy cases and confirmed the plan of liquidation for Dynegy’s operating debtors. He has also represented AT&T in significant roles in several restructurings, including RadioShack, Goodman Networks and Filip Technologies. In addition, he represented the administrators of Karhoo Inc. in their chapter 15 cases. He is currently representing the Zohar III Controlling Class in connection with, among other things, its successful effort to remove Lynn Tilton as collateral manager of the CLO.

In 2016, Brian received a Client Choice award for his extensive representations. He also has been an adjunct professor at John Marshall Law School since 2014. Previously, he worked in the Cook County State’s Attorney’s Office in Chicago, where he performed numerous tasks related to office personnel and drafted briefs in response to appeals of criminal convictions.

In 2015, Brian participated in a boxing fundraiser benefitting Tina’s Wish, an organization dedicated to funding groundbreaking scientific research for the prevention and early detection of ovarian cancer and founded in memory of the late Chief Bankruptcy Judge Tina Brozman of the New York Southern District Bankruptcy Court. He is also active in raising money for the Big Shoulders Fund, which provides programs that benefit the hardest-working students in inner-city Chicago, and he has donated his time to Catholic Charities and the Foundation To Be Named Later, which sends urban youths to Red Sox, Cubs and Celtics games.