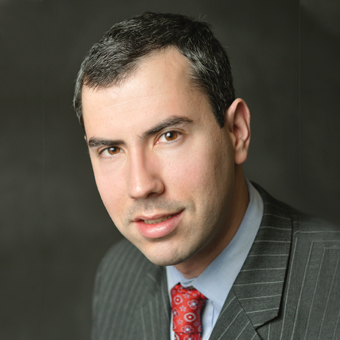 ED is a managing partner and represents corporations, including Fortune 100 companies, in all aspects of bankruptcy law. He oversees and manages a 10-attorney law firm with offices in New York and Minnesota. He previously was a founding partner of Neiger LLP, a full-service bankruptcy and corporate law firm. Prior to Neiger LLP, he was an attorney in the Business, Finance & Restructuring department of Weil, Gotshal & Manges LLP.

Ed has moderated many panels and has published several articles in the ABI Journal. He also conceived of and writes the New York Law Journal’s “Bankruptcy Update” column, which is aimed at educating nonbankruptcy attorneys on issues and events in the bankruptcy world. In addition, he helped build the New York Institute of Credit’s future leadership division into a vibrant next-gen group with hundreds of members, seminars, networking events and mentorship programs. In recognition of his work, he was the first to receive its Future Leader of the Year award, and he currently serves on its board of directors. He also started the Avoidance Action Report, a bi-annual report on the latest case law developments in the world of bankruptcy avoidance action.

Ed is committed to giving back to the community, and while in law school he assisted victims of domestic violence, for which he was awarded the Archibald R. Murray Public Service Award in recognition of his efforts. He also has been actively involved in various organizations that provide pro bono services, including defending low-income tenants in eviction proceedings and helping Holocaust survivors recover monetary damages from the German government. In addition, he has worked with the Bankruptcy Assistance Project in helping low-income individuals file chapter 7 bankruptcy petitions, which was presented with awards recognizing its work in 2009 by several New York-area bankruptcy judges.