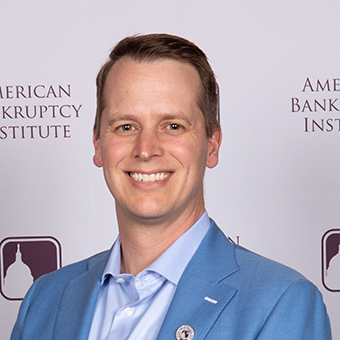 GORDON is a partner and has a diverse business bankruptcy practice focused on representing chapter 11 debtors and chapter 7 trustees. He also handles complex litigation involving debtors’ and creditors’ rights, fiduciary matters and contract disputes. He has practiced extensively in Illinois state and federal courts and in bankruptcy courts nationwide, and he recently cochaired the Liaison Committee for the Northern District of Illinois Bankruptcy Court. He is an active member of the American Bar Association, Turnaround Management Association and Chicago Bar Association, and he has published articles in the ABI Journal and the Norton Journal of Bankruptcy Law and Practice.

Gordon previously was a member with Chicago bankruptcy and litigation boutique Shaw Fishman Glantz & Towbin LLC prior to its merger with Fox Rothschild, starting there in 2005 as an associate. Prior to that, he clerked for now-retired Bankruptcy Judge and ABI Immediate Past-President Eugene R. Wedoff in the U.S. District Court for the Northern District of Illinois.

Gordon co-chaired the Young Lawyers Section of the Chicago Bar Association’s Bankruptcy Committee, as well as numerous Turnaround Management Association committees. He also was an assistant website editor for the American Bar Association’s Bankruptcy litigation Subcommittee. In 2016, he was appointed to the Northern District of Illinois Bankruptcy Court’s Liaison Committee for a twoyear term, and he has been elected co-chair by fellow committee members for the past year. In his personal time, he volunteer coaches youth sports, including soccer, baseball and basketball.