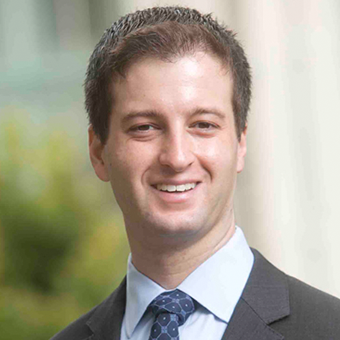 JARED is a tenured professor, the Bion M. Gregory Chair in Business Law and the faculty director of the Center for Business Law, and he writes and teaches about corporate bankruptcy law and the governance of large firms more generally. He has served as a teaching fellow and lecturer at Stanford Law School and a visiting associate professor at Boston University School of Law. He joined the UC Hastings faculty in 2014 and became the founding faculty director of the Center for Business Law in 2018. He has received the UC Hastings Foundation Faculty Award for Faculty Scholarship, the highest research award given by UC Hastings to faculty. Prior to entering academia, he was an associate in private practice at Brown Rudnick LLP in New York, where he represented financial institutions and ad hoc and statutory creditor committees in corporate restructuring transactions, both in and out of bankruptcy court.

Jared’s current research focuses on the governance of large bankrupt firms, the role played by activist investors and the effect of bankruptcy filings on firms. His research interests include corporate bankruptcy, corporate governance, contract law, empirical methods in social science and law and economics. He became a bankruptcy professional because he had read a book about the bankruptcy of Marvel Comics prior to going to law school and thought it would be a fun way to make a living, by doing interesting and important work that really benefited society. While in law school, he worked as a research assistant for Prof. Ed Morrison, who taught bankruptcy, and did a summer associateship at Brown Rudnick to learn more about being a bankruptcy lawyer.

Jared's research on corporate bankruptcy topics has been published or is forthcoming in leading peer-reviewed law and social science journals, such as the Journal of Legal Studies, the Journal of Legal Analysis and the Journal of Empirical Legal Studies, as well as in leading student-edited law reviews such as the California Law Review, the Southern California Law Review and the Columbia Law Review Sidebar. He is currently leading a committee of 24 bankruptcy scholars and advising Congress on bankruptcy reform in response to COVID-19. He also is launching a major fundraising campaign to promote diversity in business law to help move the Bay Area legal community forward. In addition, he played a major role advising members of the California State Legislature on the PG&E chapter 11 case.