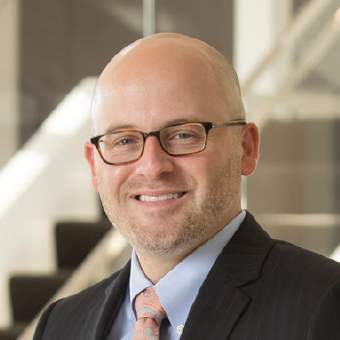 JONATHAN is a partner with the firm’s Financial Restructuring Group. He represents various clients in complex bankruptcy cases, workouts, debt restructurings, distressed acquisitions and dispositions, and commercial litigation, including purchasers, debtors and other parties in bankruptcy sales; secured and unsecured creditors; CDO, CLO, CMBS and indenture trustees; master and special servicers and collateral managers; defendants in avoidance actions, including fraudulent transfer litigation nationwide; and other parties. In addition, he represents directors, officers and others in complex bankruptcy and commercial litigation, and he advises on bankruptcy-structuring issues in leveraged finance, securitization and structured-finance transactions. Jonathan is listed in the 2019 edition of The Best Lawyers in America for Bankruptcy and Creditor/Debtor Rights/ Insolvency and Reorganization Law, and from 2015-18 he was named in Chambers USA for Bankruptcy/Restructuring – Georgia. In 2017, he received the M&A Advisor’s Emerging Leaders Award. Jonathan frequently speaks nationally on bankruptcy, and his article “The Crossroads: The Intersection of State Law Remedies & Bankruptcy” is quoted by bankruptcy courts and in the leading treatise on bankruptcy, Collier Guide to Chapter 11: Key Topics and Selected Industries.

In addition, Jonathan served four years on the TMA NextGen board until 2017, when he was asked to serve on TMA’s Atlanta Chapter. He has also held leadership/committee roles within his firm on the associate’s committee and hiring committee, and routinely serves on the interview committee for various lateral partners. Outside of the office, he has volunteered with the Atlanta Mission on several occasions and has been involved in fundraising efforts for Wellspring Living, an organization whose mission is to end sex-trafficking across the nation with a focus on Atlanta.