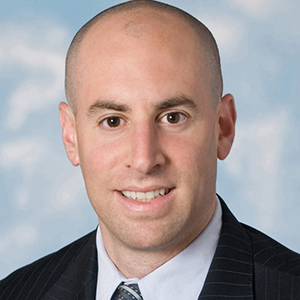 Josh has been named a leading lawyer in Chambers USA since 2011, an “Outstanding Young Restructuring Lawyer” by Turnarounds & Workouts and a “New York Super Lawyer” in Super Lawyers since 2013. He frequently writes and speaks on trends in the restructuring space, most recently at the Wharton School Restructuring and Distressed Investing Conference and at ABI’s Winter Leadership Conference. In addition, as a member of the Alumni Association Executive Committee at Benjamin N. Cardozo School of Law, he was recently selected to join the Dean’s Advisory Committee, which decides on key initiatives for the law school — a significant honor among graduates. He also co-chairs the UJA-Federation of New York’s New Generation Bankruptcy Committee, helping rising stars maximize their philanthropy.

Josh has battled acute T-cell lymphoblastic lymphoma since April 2016 and is in the midst of a three-year maintenance program following eight months of intense chemotherapy. He returned to the office full time in January 2017 — just 10 days after his last hospital stay. He is working to start a nonprofit (Team Suss) to help similarly situated patients and families. He has detailed his journey in his blog, www.joshsussberg.com, details of which have also appeared in Law360 and The American Lawyer.