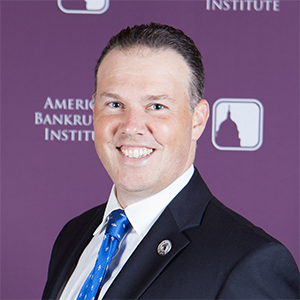 JUSTIN is an equity partner with the firm and is involved in bankruptcy, creditors’ rights, financial technology, banking, restructuring, and international and commercial litigation. He has been involved in more than 100 cases as debtor’s counsel in chapter 11 reorganization proceedings, including Bray & Gillespie, the largest reorganization ever filed in the Middle District of Florida. He has also overseen public and private auctions of hotels resulting in multi-million-dollar recoveries for the debtors’ estates, including Reema Hospitality, The Vue at Lake Eola and Mona Lisa Suite Hotels, and has won summary judgment arguments in more than 500 adversary cases.

In 2014, Justin received the Florida Supreme Court’s Voluntary Bar Association Pro Bono Service Award for his role in creating the Bankruptcy Pro Se Clinic in Orlando to assist the Middle District of Florida, which sees the second-highest number of pro se filings per authorized judgeships in the country. The Clinic has now expanded operations to Tampa, Jacksonville and Ft. Myers, and other clinics across the country, including in St. Louis, Delaware and San Diego. He is also a participant in NCBJ’s Next Generation program.