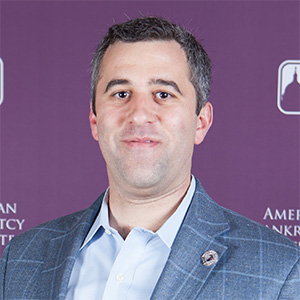 MATT focuses his practice on restructuring, insolvency, bankruptcy, commercial litigation, fiduciary litigation and creditors’ rights. He was greatly involved in the corporate reorganization of Brundage-Bone Concrete Pumping, the largest concrete pumping company in the U.S. — and one whose work can easily be seen all over downtown Denver, where he is based. The company’s confirmed plan of reorganization restructured $240 million of debt and allowed the company to emerge from bankruptcy and exceed its plan projections.

Matt’s biggest influence for entering insolvency practice occurred when he was a mathematics/biology/chemistry undergraduate at Boston College, where he volunteered as a financial relations intern for Community Work Services, the oldest vocational rehabilitation program in Boston. It was here where a retired Skadden bankruptcy attorney encouraged him to pursue bankruptcy law. He spent considerable time within the U.S. Bankruptcy Court for the District of Colorado, interning with Chief Judge Howard R. Tallman and clerking for Chief Bankruptcy Judge Michael E. Romero.

Matt chairs the Local Bankruptcy Rules Committee, and he co-chairs the Colorado Bar Association’s Bankruptcy Subsection and is treasurer of its Business Law Section. He has also been a frequent presenter on technology in the courtroom. In addition, he volunteers his time coaching students at the University of Denver Sturm College of Law for the Duberstein Bankruptcy Moot Court Competition, and is communications manager for ABI’s Technology and Intellectual Property Committee.