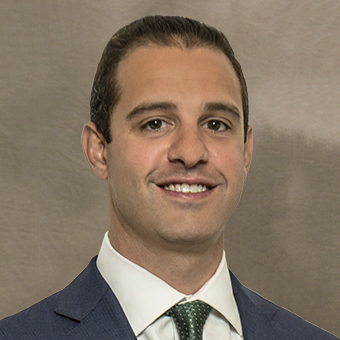 MICHAEL is a principal and is responsible for leading all restructuring activities across GSO. In this role, he works with the investment teams to negotiate recapitalizations of existing portfolio companies, works with advisors that focus on the sector, and looks to identify new investment opportunities around restructuring transactions. Since joining GSO Capital in 2011, he has been involved in both debt and equity investments in the U.S. and Europe, with a specific focus on distressed and special-situations investing. He has worked on both bankruptcy and out-of-court matters in a diverse set of industries, and has served in a supporting or lead role in several bankruptcy processes for GSO. Michael also spent time in GSO’s London office to support the portfolio manager in Europe. During this time, he mentored another employee and became immersed in various European insolvency processes, including U.K. Schemes and Spanish insolvency law. He is a CFA® Charterholder and previously served on the board of directors of Warrior Met Coal, Inc.

Before joining GSO Capital, Michael was a vice president in equity research at Wolfe Research, which specialized in the trucking, logistics, and rail sub-sectors, and he began his career with Deutsche Bank’s Private Wealth Management division. His initial foray into insolvency occurred when he had been working as an equity research analyst and a company he covered went through a restructuring. He immediately enrolled in a night class on bankruptcy and read several books on insolvency law, and he has since been part of several bankruptcy processes across multiple jurisdictions.

Michael serves on the Georgetown Alumni Admissions Program and as a board member for his family’s charitable foundation, The Heckman Foundation, a 501(c)(3) focused on aiding kidney research. While a student at Georgetown, he co-founded and was co-president of the university’s chapter of professional business fraternity Alpha Kappa Psi. He also is a member of the CFA Society NY.