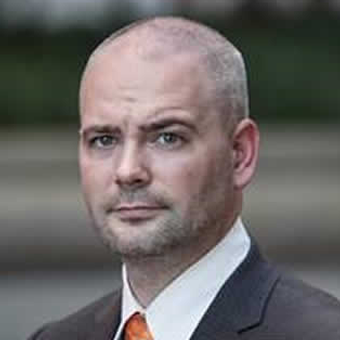 MICHAEL is a partner with the firm and practices consumer bankruptcy law, taking on 20 percent of his cases pro bono. He is also an adjunct professor of consumer law and student loan litigation at Lewis & Clark Law School. He is admitted to practice before the U.S. Supreme Court and the U.S. Ninth Circuit Court of Appeals. Previously, he was a public interest fellow at Legal Aid Services of Oregon and a staffer for former Sen. Gordon Smith in his Washington, D.C., office.

Inspired by his own background growing up poor and being raised by a single mom, and later by a conversation with now-retired Bankruptcy Judge Elizabeth Perris in 2005, Michael started a pro bono project to discharge student loans in Oregon bankruptcy courts, limiting the project to borrowers under the poverty line on direct referral from Legal Aid Services. It has since discharged more than $1 million in educational debt under the undue-hardship exception and provided more than 500 other borrowers with non-litigation pro bono services, from legal advice to help filling out student loan forms. In 2016, he wrote Oregon Student Debt, a free book that is publicly available at his pro bono project website, OregonStudentDebt.com.

Michael also visits local high schools each month to teach students about loans, credit and insolvency. Since 2009, he has mentored four inner-city at-risk students at an alternative high school in North Portland, and he is currently mentoring his fourth young attorney through the Oregon State Bar’s New Lawyer Mentoring Program. In addition, he mentors college students studying pre-law through Portland State University’s Explore the Law mentorship program, volunteers as a mock trial judge with the Classroom Law Project, and teaches You and the Law each year at his former high school.