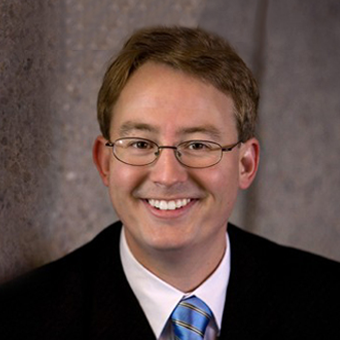 Richard is the owner and managing attorney of Cape Fear Debt Relief, a boutique bankruptcy firm founded in 2011 that represents individuals and small businesses in chapter 7, 11 and 13 cases before the U.S. Bankruptcy Courts in Eastern North Carolina. In February 2020, he was named a subchapter V trustee for the Eastern District of North Carolina, and he is one of only three attorneys in Wilmington recognized by the North Carolina State Bar as a Board-Certified Specialist in both Business and Consumer Bankruptcy Law.

Richard spent most of his early childhood alternating between crutches and wheelchairs, having undergone eight different surgeries by the age of 14 to repair a severe clubfoot, a rare genetic condition. Defying the advice of his doctors, he eventually began playing competitive sports year-round. He also played for a local American Legion baseball team for two years after high school. This perseverance has powered his drive to fight for the consumer clients he represents. He also helped to overturn Fourth Circuit precedent in a case in which NACBA helped file an amicus brief in support of his efforts.

Richard served on the board of the North Carolina State Bar Association’s Bankruptcy Section Council from 2013-16, and he currently serves as the circuit chair for the Fourth Circuit for the National Association of Consumer Bankruptcy Attorneys. He was named a Super Lawyers Rising Star from 2017-20 and named to Business NC Legal Elite for Bankruptcy in 2013 and 2016. In addition, he was named to the Supreme Court of North Carolina’s Pro Bono Honor Society in 2017 and 2019 for his work providing more than 50 hours of pro bono service, and he is currently pursuing two pro bono adversary proceedings that seek to overturn several U.S. Supreme Court decisions, as well as a pro bono adversary proceeding prosecuting the U.S. Department of Education to help eliminate ParentPlus loans as fraudulent obligations.