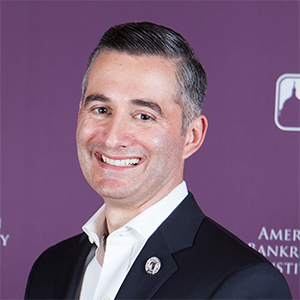 BOBBY is a founding partner of the bankruptcy boutique law firm Smiley Wang-Ekvall, LLP, and he concentrates his practice on corporate restructuring matters and business and bankruptcy-related litigation. He has experience representing virtually all parties in chapter 11 and chapter 7 bankruptcy cases and in out-of-court workouts. He has also represented clients in a broad range of industries, such as real estate, nonprofit, retail, restaurant and technology, and has represented clients in multiple forums throughout the U.S. Notably, he confirmed a plan in a California case involving the sale of real property for $71 million based on a settlement with a Lehman Brothers entity in its own competing case in New York.

Bobby previously clerked for two U.S. Bankruptcy Court judges. He is routinely asked to speak on a variety of educational topics and has authored numerous articles. He has also been consistently recognized in Super Lawyers and The Best Lawyers in America, and he was selected for the National Conference of Bankruptcy Judges’ Next Generation Program as one of the 40 “up-and-coming” bankruptcy practitioners in the U.S.

Bobby has taken on leadership roles in multiple organizations. He is currently serving as a Ninth Circuit Lawyer Representative and has served as president of both the Orange County Bankruptcy Forum and the California Bankruptcy Forum. The latter is the largest state-wide insolvency organization in California, consisting of 550 lawyers, financial advisors and other insolvency professionals.