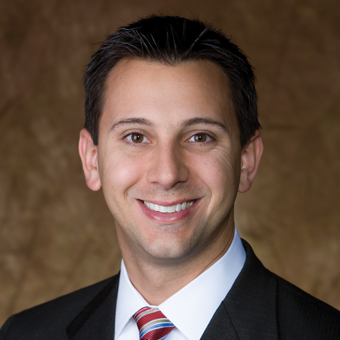 RUSSELL is a senior managing director and has more than a decade of experience across complex financial situations involving distressed companies, with an emphasis on the U.S. health care market. His restructuring advisory experience includes interim management and various leadership roles across financial, operational and strategic situations. His current and former clients include private and public companies, nonprofit institutions, equity sponsors, secured and unsecured creditors, bond insurance companies, bondholders, municipalities and other related parties.

Russell currently serves as the chapter 11 financial advisor to Trident Holding Co. and completed a CRO engagement for Signature HealthCARE, for which he and his team were awarded the 2018 Healthcare Restructuring of the Year (over $500M) by The M&A Advisor. His other select engagements have included the $42M § 363 sale of Velti, which was recognized as the 2014 The M&A Advisor Restructuring Deal of the Year (under $1B) and Cross-Border Deal of the Year (over $25M to $50M), as well as Dune Energy, which was awarded the Energy & Services Restructuring of the Year by the 2016 Atlas Turnaround Awards. He holds CFA and CIRA designations, and in 2016 received The M&A Advisor’s 40 Under 40 Emerging Leaders Award. He also frequently speaks on panel discussions and has been published in various publications.

Russell grew up on a Texas farm, which instilled in him hard work and charity. He supports various scholarship programs, Habitat for Humanity, the United Way, DFW Lab Rescue, Ranch Hand Rescue and Scotty’s House, a nonprofit organization that connects children, many of whom have been abused or mistreated, with crucial support ranging from access to CPS investigators, family advocacy counselors, law enforcement officials and education professionals. In college, he co-founded an elementary-age tutoring organization, combining professor sponsors, funding and mentoring. During his M.B.A. program, he led multiple student-run consulting projects, including developing the business plan and financial model for a $50 million pre-clinical studies testing facility on Texas A&M’s campus. In addition, he was the first financial professional to serve as a board member of the Dallas-Fort Worth Association of Young Bankruptcy Lawyers (DAYBL) and was selected as the Business Division liaison for the Young Lawyers State Bar of Texas, a commitment that has extended to the Dallas Volunteer Attorney Program.