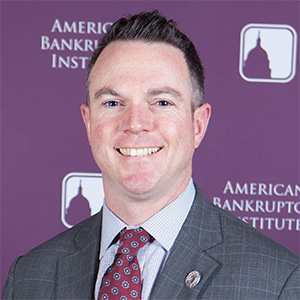 RYAN co-chairs the firm’s Bankruptcy and Creditors’ Rights Practice Group and represents secured and unsecured creditors, lessors, lessees and investors in issues related to bankruptcy, insolvency and debt restructuring. He has represented chapter 7 trustees in avoidance actions and handles a variety of consumer litigation matters, including claims relating to the Fair Debt Collection Practices Act, the Fair Credit Reporting Act, and various other state consumer-protection statutes. He is a registered mediator with the U.S. Bankruptcy Court for the District of Delaware and is Board Certified in Creditors’ Rights Law by the American Board of Certification.

Ryan received the Dean’s Award for Excellence in International Bankruptcy while completing the LL.M. in Bankruptcy program at St. John’s University School of Law. He clerked for Hon. Gloria M. Burns in the U.S. Bankruptcy Court for the District of New Jersey and has been a presenter on bankruptcy topics. He is also a frequent writer, having been published numerous times in the ABI Journal and elsewhere.