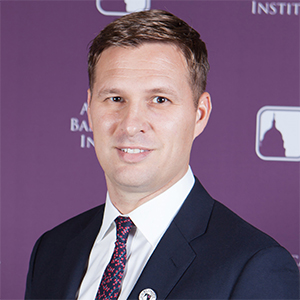 RYAN maupin is a principal in the firm’s Corporate Finance practice and advises U.S.-based and international companies, secured and unsecured creditors, sovereign wealth and private-equity funds in workout situations both in and out of court. He also manages several firm-wide key accounts.

Ryan held the CFO position at a luxury brand merchandiser during the restructuring of its U.S. and Italian divisions, served as interim general manager of Seattle-based casinos during a British Columbian insolvency proceeding, and assisted Grant Thornton liquidators in the Cayman Islands in a large cross-border insolvency. He also led an engagement team that advised Centro Properties during the sale of its U.S. portfolio to The Blackstone Group for $9.4 billion. In addition, he led a cross-border restructuring of over £97 million of debt related to a mixed-use development project in Bristol, U.K., and recently served as CEO of an oil and gas services business, selling the assets successfully through a § 363 sale process.

Ryan grew up on a farm in Illinois; his first job at 10 years old was walking beans for his father and grandfather. He hasn’t stopped since. A frequent speaker for the Practicing Law Institute and ABI, he is a member of ABI, the Association of Insolvency & Restructuring Advisors and the Turnaround Management Association.