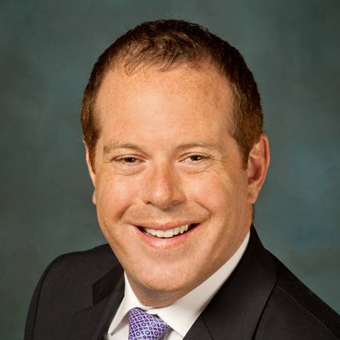 SPENCER is a director and has more than 15 years of experience in developing comprehensive business solutions in restructurings and reorganizations. As a leader of domestic and international teams, he has represented and negotiated with diverse key stakeholder groups, including corporations, JVs, boards, senior executives, and creditors ranging from lenders to suppliers. His experience spans a wide range of clients and industries, including private-equity portfolios, energy, financial services, government entities, media, master limited partnerships and retail. He was recently CRO of Eastern Outfitters, Bob Stores, which received awards from three organizations, including the Turnaround Management Association’s Mid-Sized Transaction of the Year Award. He also was a lead team member on the Gymboree restructuring, where he focused on the liquidity-management and stakeholder-management processes.

Spencer has served in a number of industry and nonprofit leadership positions ranging from Haverford’s Alumni president to global trustee for the Turnaround Management Association. He is a frequent speaker and author on the topic of corporate restructuring, and he was awarded the Future Leader of the Year Award by the New York Institute of Credit and named an Emerging Leader by The M&A Advisor. In addition, he is a frequent speaker and lectures at Columbia Business School. He holds a CIRA designation and was the youngest to be awarded the CTP designation.

Spencer organizes informal gatherings throughout the year for professionals in the industry to meet and socialize and exchange ideas. He has also served on TMA’s Global NextGen Committee, and he has served as vice chair of a subcommittee of the London School of Economics’ Alumni Executive Committee and as chair of TMA’s editorial committee for the Journal of Corporate Renewal. In his community, he has served as a board member of the Yankee Ferry Foundation and of TMA’s New York City chapter. In addition, he has been a participant on Haverford’s board of managers and on the host committee for the Resolution Project’s Resolve Event from 2016-19.