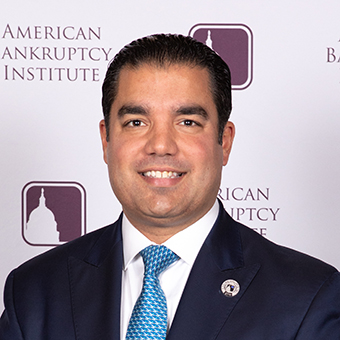 VINCENT is a partner in the firm’s Business Solutions, Governance, Restructuring & Bankruptcy Department, where his practice focuses on the representation of debtors, creditors, statutory and ad hoc committees, and equity holders in chapter 11 cases and out-of-court restructurings, as well as investors in complex distressed situations. Over the last several years, he has played a lead role on some of the most significant corporate reorganization cases in the U.S., such as the Los Angeles Dodgers, Brookfield Asset Management and MF Global. He is currently helping advise the Financial Oversight and Management Board for Puerto Rico in connection with the restructuring of its more than $70 billion in outstanding municipal debt obligations, as well as Toys “R” Us.

Vincent writes extensively on restructuring topics, and his writing has been featured in The New York Times DealBook, The Bond Buyer, The New York Law Journal and leading industry blog Distressed-Debt-Investing.com. He has been recognized as a 2018 Turnarounds & Workouts Outstanding Young Restructuring Lawyer and a “Rising Star” in the New York Metro editions of Super Lawyers every year since 2013, and he received a 2013 Turnaround Award by The M&A Advisor. He also has taught as an adjunct professor of corporate reorganization at both Harvard Law School and the University of Michigan Law School.

Vincent is currently a John C. Whitehead Fellow at the Foreign Policy Association, as well as a term member of the Council on Foreign Relations. Prior to law school, he served as the special assistant to U.S. Senator Charles E. Schumer and worked as a personal aide to John C. Whitehead at the Lower Manhattan Development Corp. He also led a team of entrepreneurs to bring the world’s first hybrid taxicab to New York City.